Lolamouse
Poetry and snark blogger who also has a creative side (who knew?) 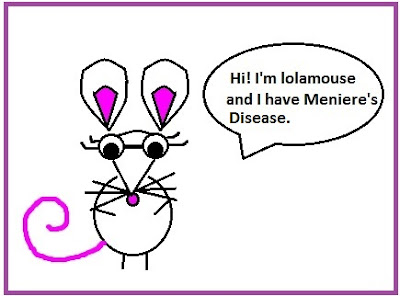 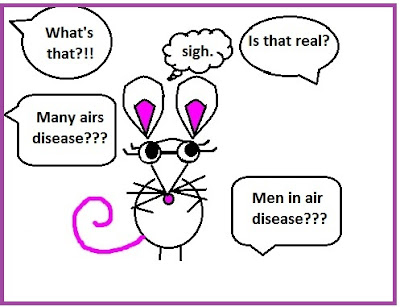 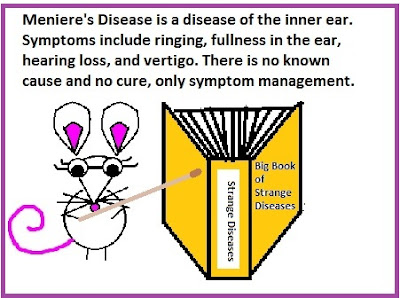 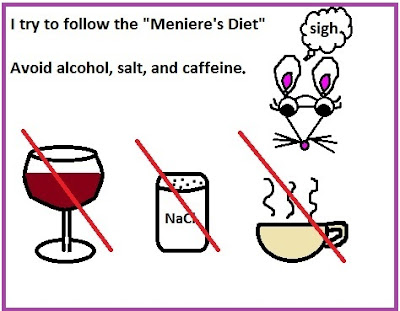 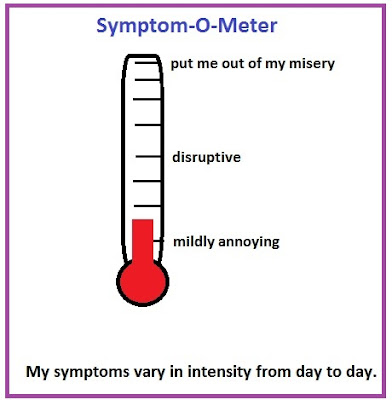 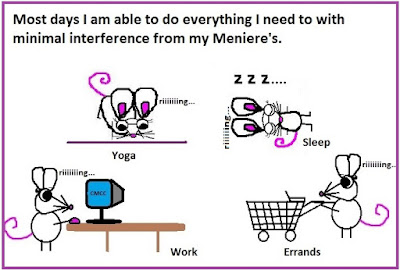 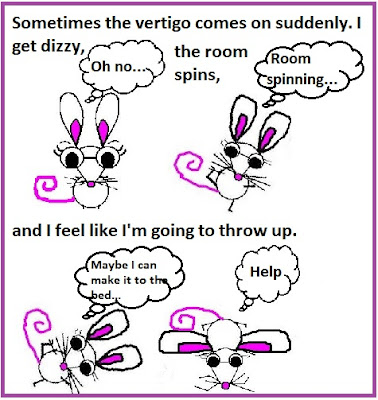 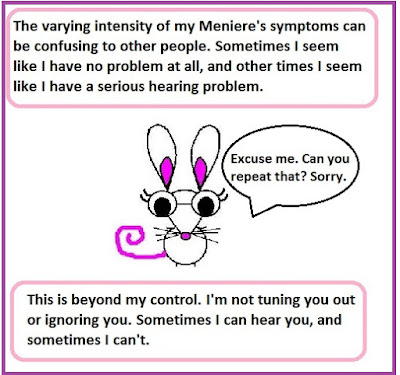 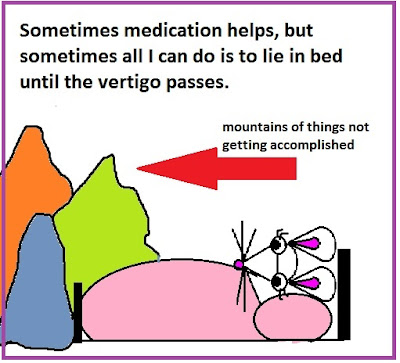 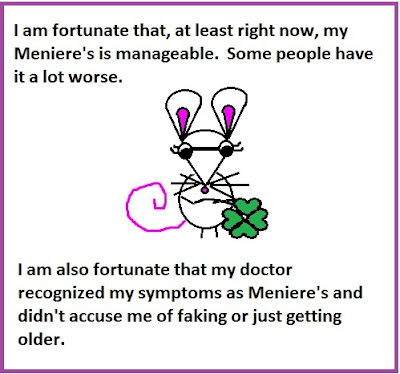 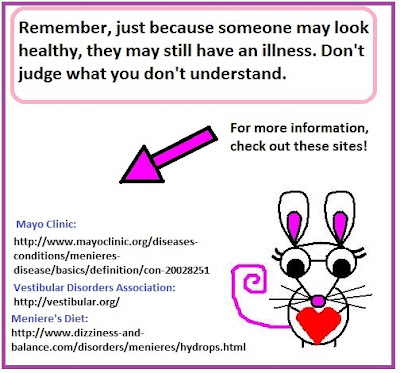 Labels: coping, hello yeah it's been a while, Meniere's symptoms, Menieres disease, my life

There Is Something Wrong With My Brain

My husband, as many normal people are wont to do, resolved that this year, he would lose some weight. I thought to myself, "This is a good idea. I've picked up a few extra 20 50 pounds, so maybe I should lose some weight too." So far, so good for my brain in the normal thoughts department. My husband then started eating less and eating healthier foods. I thought, "I can do that," so I started skipping breakfast to eat less and eating more salads for lunch. Perhaps you can see where my brain is just beginning to veer into "wrong thoughts" territory. But, let's continue.

My husband started doing exercise videos after dinner and even running around our neighborhood. What my brain should have thought was, "How dedicated he is! I should join my husband in a quest for fitness!" What my brain actually thought was, "I hate exercising. It makes me sweaty, and I hate being sweaty. And it's winter. It's COLD outside. I hate the cold." So, even though I wanted to do something healthy, I didn't want to feel uncomfortable even more. This lead to my brain deciding that if I stopped snacking after dinner, I could skip the exercise stuff, lay on the couch, and watch SVU instead.

Then my brain went into overdrive with its "wrongness." As I lay on the couch feeling hungry and deprived of my usual salty/sweet snacks, my brain formulated this thought, "If no one actually sees you eat something, it's the same as not eating it!" The underdeveloped, normal part of my brain tried to reason with this thought. "That's ridiculous!" it shouted. "The food is still entering your body even if no one sees it! This is a wrong thought. Stop it! Stop it now!" But the wrong part of my brain bullied its way to victory, and I started pretending that all of the chips and candy and cookies I ate after everyone else had gone to bed weren't really counting as food. If I ate them quickly enough and went right to bed, I would forget that I'd even consumed them.

Not surprisingly, instead of losing weight, I gained even more weight. My brain acted surprised. "How did this ever happen?!!" it thought. "Maybe the scale is wrong. Let's check it." I checked the scale. It was not wrong. I had to buy new pants because I could no longer squeeze into the ones I had purchased just last year. My brain thought, "Maybe they're getting shrunk in the wash. If you try on the same size at the store, it will fit for sure!" It did not fit. I needed bigger pants.

Luckily, the normal part of my brain has enough cells to prevent me from implementing the plan presented by the wrong part of my brain. The wrong thoughts are still there, but they are so wrong that even the underdeveloped normal part of my brain can keep me from acting on them. The problem is that I'm still eating too much, eating junk food, and not exercising. And I'm waiting for my brain to come up with the next plan. 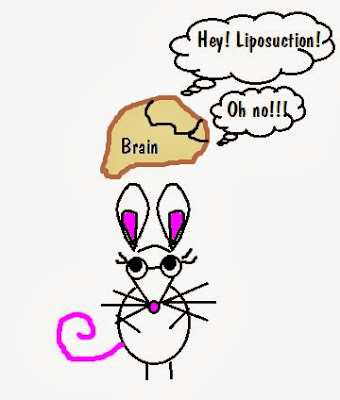 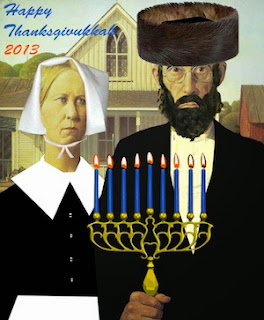 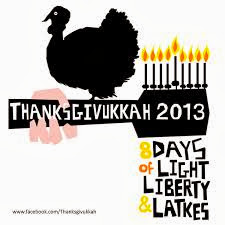 Anyone else find the new Nationwide Insurance ad creepy? 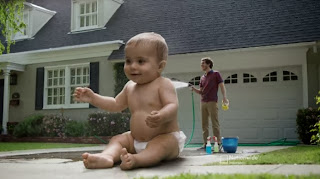 Every time I see that big baby, I think of Boh from "Spirited Away!" 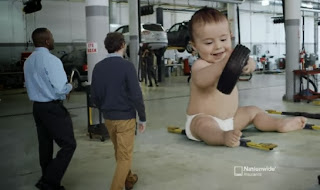 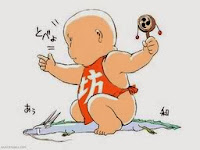 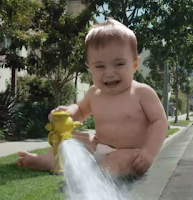 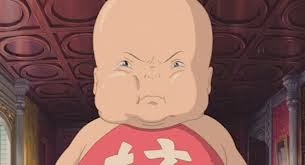